Review of the book Pachinko written by Min Jin Lee. It’s a Korean family saga covering four generations from a period of 1910-1989. 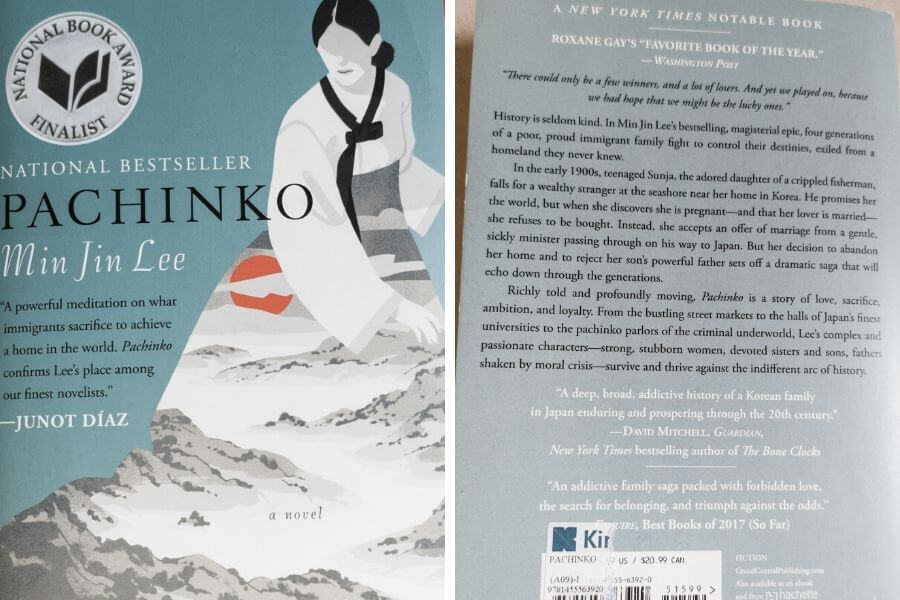 I didn’t enjoy the last two books I read so this book – Pachinko was a great relief as I thoroughly enjoyed it.

As mentioned in one of my earlier book reviews also, I love reading books that introduce me to a new culture, industry, a historical event or anything I was completely unaware of, before reading it. Though I also understand that most of the books do that but some are more beautifully written than the others.

About the author (Min Jin Lee) :

Pachinko is written by an American-Korean author Min Jin Lee and this was the second novel published by her. She has won many prestigious literary awards from the very beginning of her writing career.

About the book (Pachinko)

The name of this book – Pachinko is taken from a Korean gambling game by the same name.

Pachinko was a finalist for the National Book Award for Fiction, appeared in the Top 10 Books of the Year for BBC, Canadian broadcasting corporation, New York Public Library in 2017 and won many more awards.

The book has been translated into 29 languages.

It’s a Korean family saga covering four generations of that family (1910-1989). It’s a story of their struggles, pain, discrimination faced by the Korean immigrants living in Japan during that era.

These immigrants didn’t even have the option to go back to their home country as the conditions there were worst. So, they were forced to accept the way they were treated in their not so friendly shelter country.

Before reading Pachinko, I didn’t have the slightest idea of the history of Japanese and Korean relationship. I didn’t even know about the Pachinko industry which is dominated by the Korean Japanese as they were unable to place themselves in the traditional workforce because of discrimination against them after World War II.

Everything through which the characters of this book go- be it poverty, harassment, imprisonment, suicide, identity crisis, discrimination, gives you an idea of the gravity of the turmoil in the lives of Koreans living in that period.

The book also very beautifully makes you realize that no matter how different humans appear, the basic emotions, challenges, dreams, hope are surprisingly so similar. No matter which part of the world we come from.

I would highly recommend you reading this book and my rating for it is 4/5.