Rajma masala is one of the most popular vegan dishes from North India, made by cooking kidney beans in an onion tomato gravy flavored with Indian spices. The combination of this vegan and gluten-free curry with Basmati rice is a comfort food of almost every Indian.

Rajma is the Hindi word for kidney beans and Chawal for rice.

And, today I am sharing the recipe of an Indian curry made with Rajma called Rajma Masala.

What is Rajma Masala?

Though I doubt there is any Indian who is not aware of Rajma Masala, I am explaining this for my readers from other countries who don’t know what this dish is.

Rajma Masala is a gluten-free and most of the time vegan (some people use ghee i.e. clarified butter to make it so it can be vegetarian too) curry made by cooking kidney beans in a delicious onion tomato gravy flavored with Indian spices.

It’s a main course dish and you can enjoy it in your lunch as well as dinner.

You will find Rajma chawal everywhere in India, from roadside stalls to five-star hotels.

Back, during my MBA days when I was staying in the university’s hostel, one dinner from every week was fixed for Rajma Chawal and during dinner time on those days, it was really difficult to find a seat in the hostel mess.

It’s a simple feast for every Indian and is equally relished by both vegetarians and non-vegetarians.

What to eat with Rajma Masala?

By now you must have guessed that the best way to enjoy Rajma Masala is with rice, especially steamed Basmati rice. You can also serve it with jeera rice or any other rice dish of your choice.

If you don’t like rice, then serve it with roti, paratha, poori or any other Indian bread of your choice.

You can also enjoy it just like that without anything else if you want to enjoy a bowl of spiced kidney bean soup.

It’s a very simple recipe but cooking takes time. And, if you take care of the following simple points, you will make perfect Rajma every time:

Can Rajma be made without a pressure cooker?

As mentioned in almost all my bean recipes, though it’s possible to cook Rajma in a normal pot, the cooking process will be too long (at least 2 hours).  So, it’s always convenient to have a pressure cooker or instant pot in the kitchen if you want to cook Indian beans or lentils.

Looking for more beans curry recipes? Don’t miss to check the following recipes on my blog: 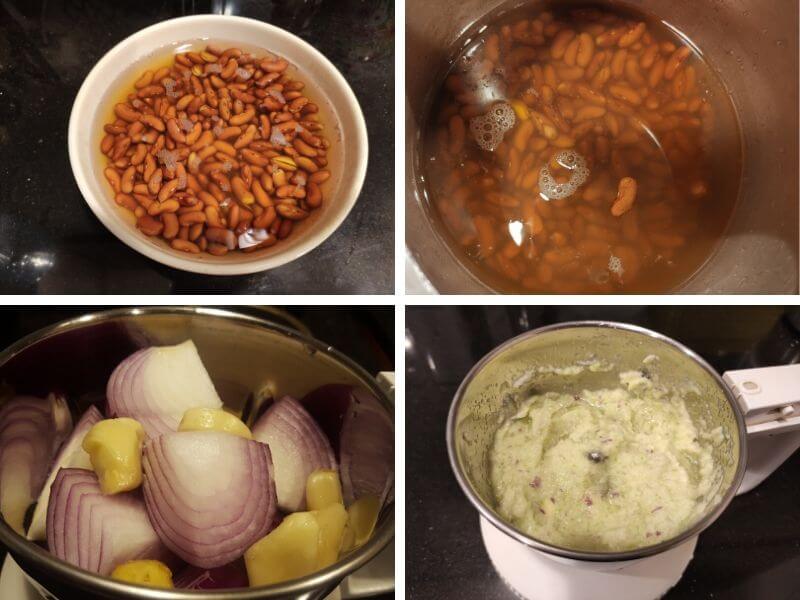 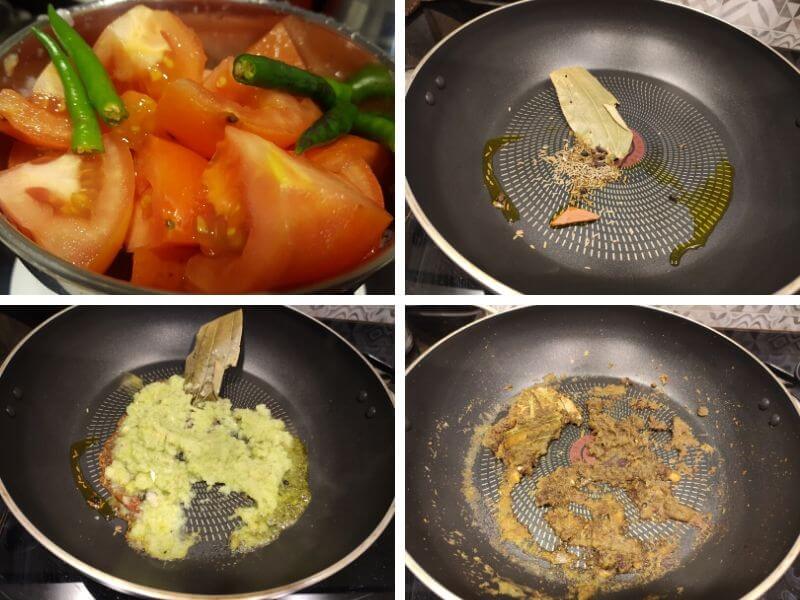 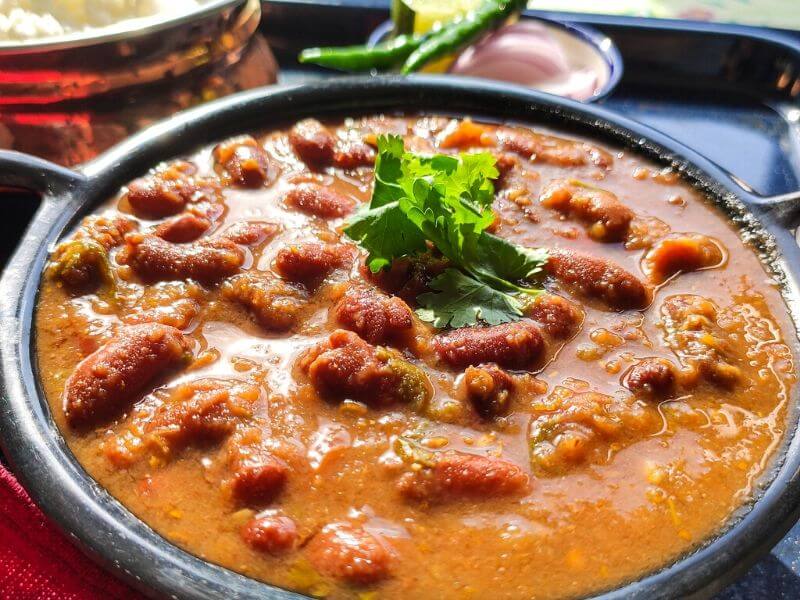 How to make Rajma Masala? 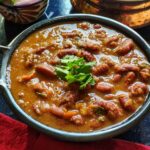