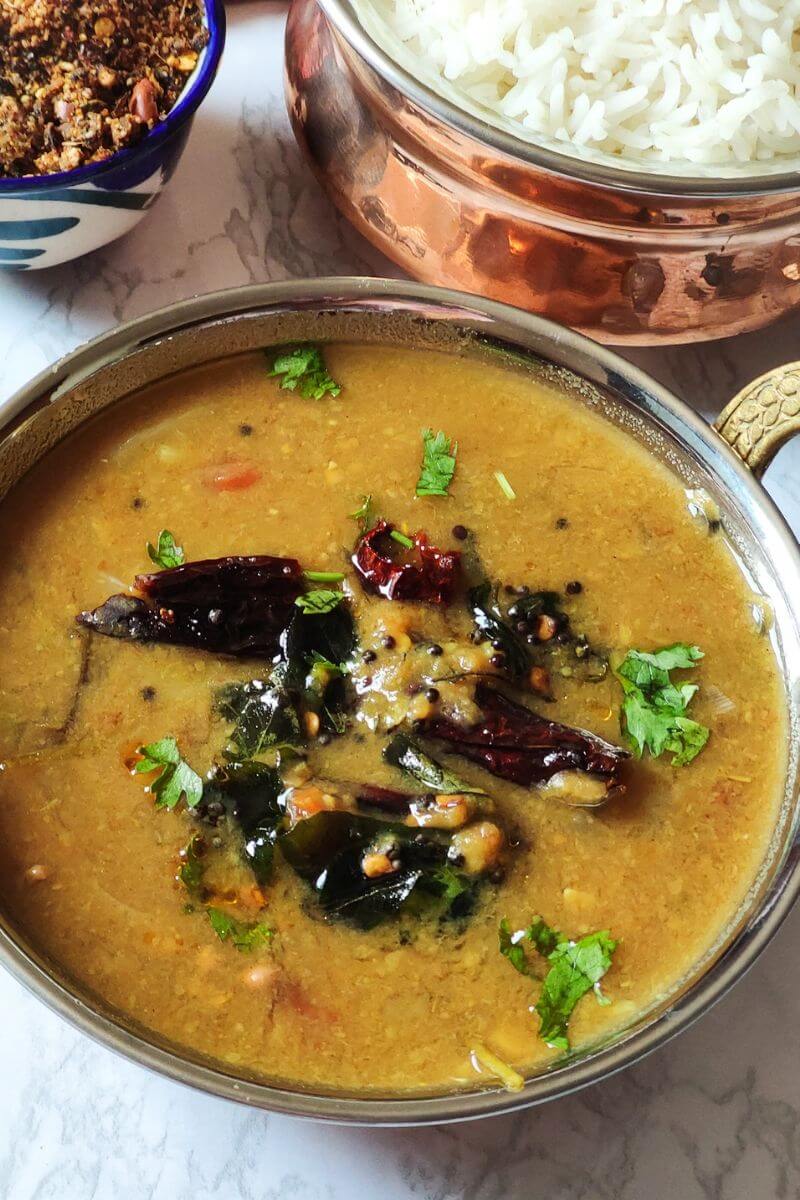 Most of you would have eaten the South Indian dish – Masala Dosa or at least would have heard about it when its name came in the list of top 10 dishes to try before you die. No, I am not sharing the recipe of Masala Dosa in this post but of its best companion – Sambhar also spelled as Sambar or Sambaar.

If you have ever tried Masala dosa or any other South Indian dishes like Idli or Vada then, other than a variety of chutneys, you must have been served a delicious lentil stew with it, that stew is called Sambhar. It’s one of my favorite dishes.

Sambhar is basically a vegan lentil-based vegetable stew from South India and is also eaten in Sri Lanka.

It is said that this dish was accidentally invented by the Maratha ruler Sambhaji who added tamarind while making lentil soup when his head chef was away. Not sure if the story is true as Sambhaji must be would have a lot of other helpers in the palace to cook for him in the absence of his head chef (otherwise whom the head chef was heading?) but it definitely is an interesting story and who knows maybe Sambhaji also loved cooking and experimenting, just like us 🙂 . Who says great warriors can’t cook?

There are different ways of making Sambhar and it tastes different in every home and every restaurant. Since I love South Indian food plus for me, it’s safe, tried and tested vegan option while eating out, I end up ordering a South Indian dish quite often.

Even after having Sambhar at so many different places, I never tasted anything that could beat my mother’s Sambhar recipe. The best thing is it’s simpler than a lot of other Sambhar recipes I came across.

Which Vegetables are used in Sambhar?

There are no fixed rules regarding which vegetables to add to Sambhar and which not. It can be made with just one vegetable or a combination of many. I love to add as many vegetables as I can, it makes Sambhar tastier and healthier.

Some of the most commonly used vegetables in Sambhar are:

How to serve Sambhar?

Sambhar can be served with lemon rice, idli, dosa, vada, uttapam or any South Indian snack.

If you can’t make any of the above, just enjoy with steamed rice, that’s my favorite way of having it.

Which Vegetables are used in Sambhar?

Let’s start making the recipe invented by a great warrior! 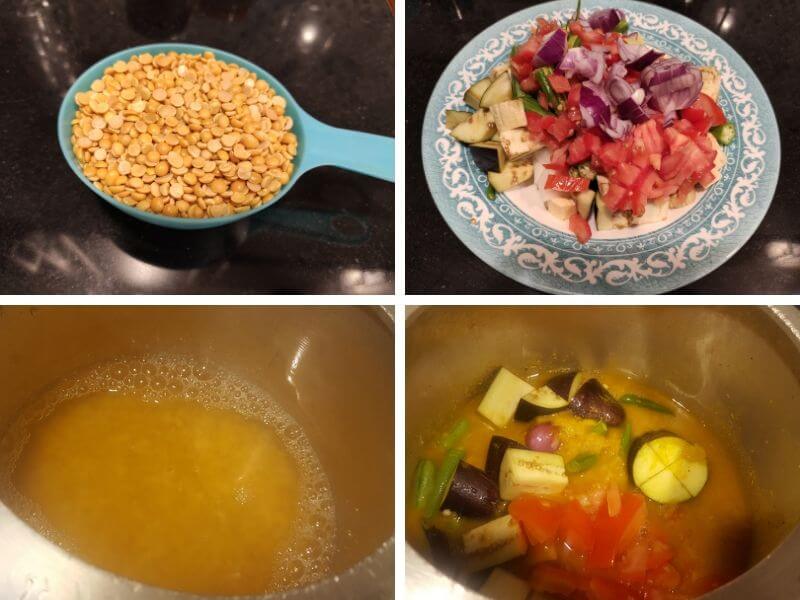 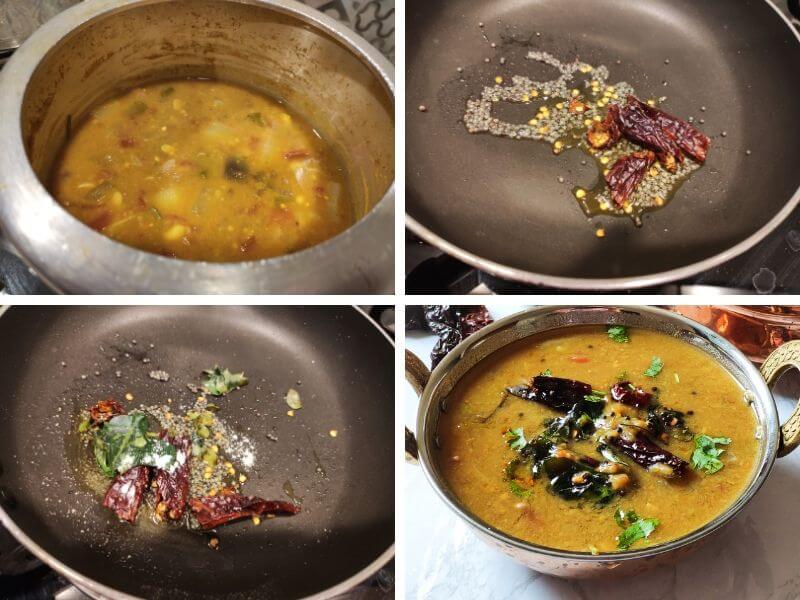 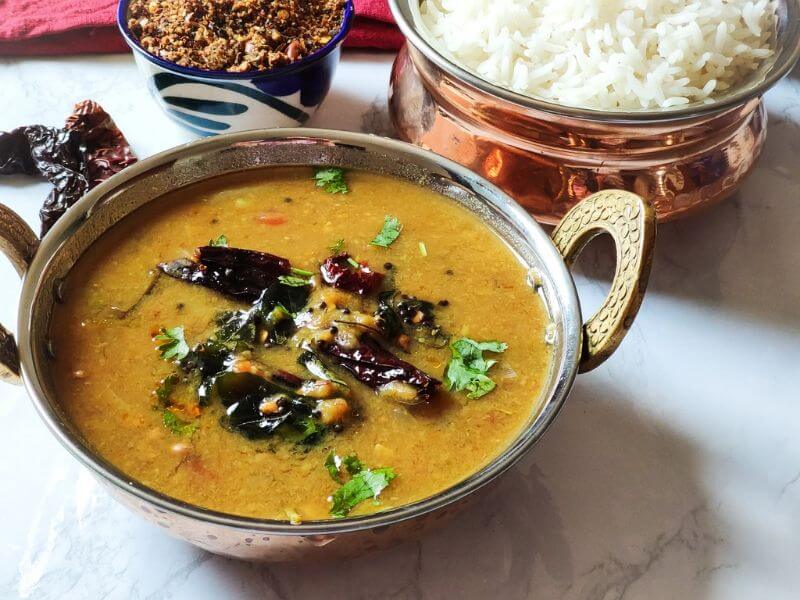 How to make Sambhar?

Note: I have added the vegetables which were available in my fridge, you can also add other vegetables like drumsticks, radish, okra, raw banana etc.